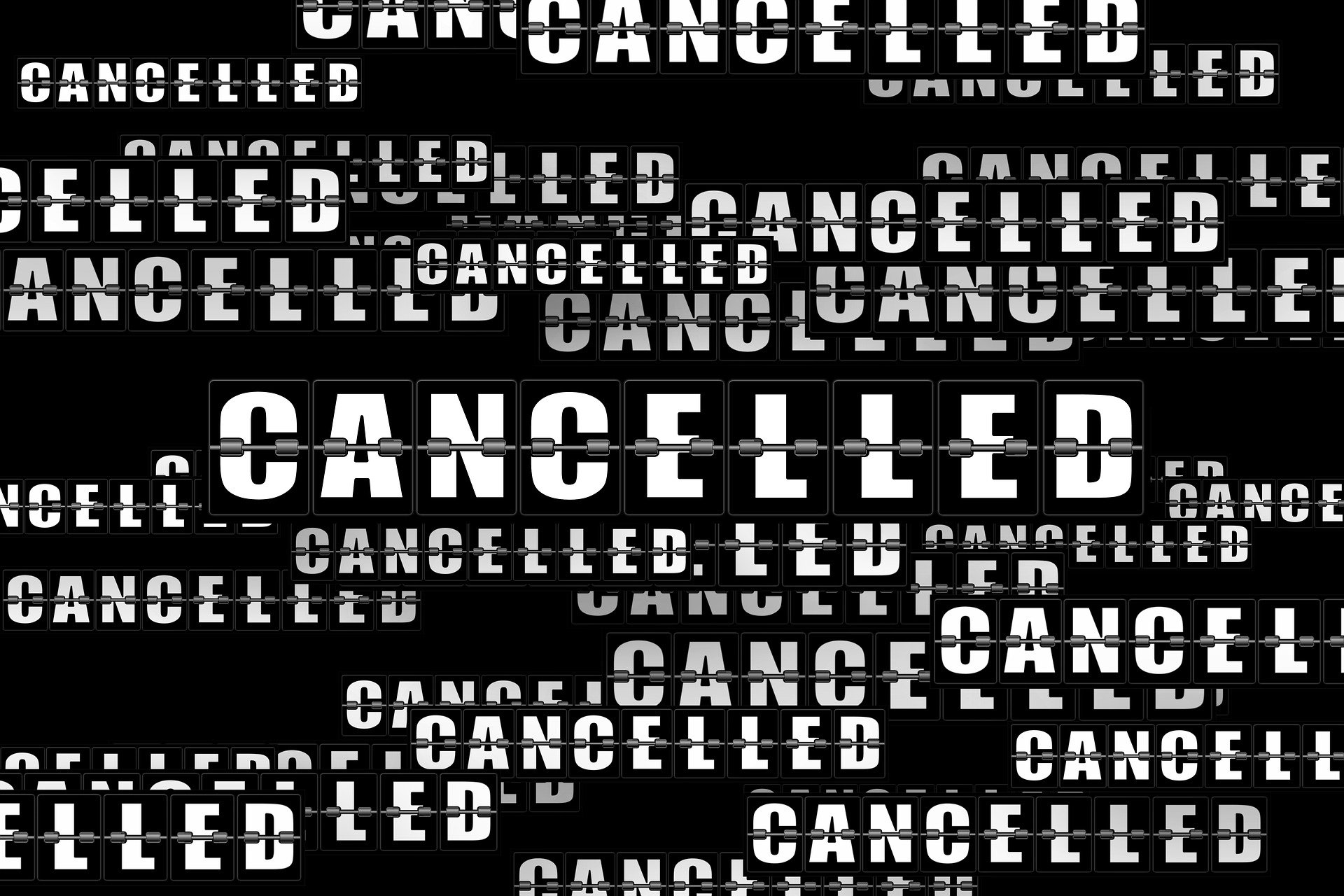 What really is the goal of cancel culture?

Cancel culture, perhaps fueled by the immediacy provided by social media platforms such as Twitter, had its roots forged from the advent of the #MeToo movement. The Me Too movement was birthed by an African American woman, Tarana Burke, on MySpace in 2006 to bring to the forefront the very real threat women face from men who perpetrate unsolicited sexual acts against women, usually from a position of power and/or influence. Simply put, cancel culture is a public take-down and undressing of a popular figure for some action deemed to be morally reprehensible — or in tweet-speak, problematic.

That’s a thought provoking word — problematic. Problematic, constructed from problem, is subjective and really, really depends on what each person considers to be a problem to them and to others. What really is the tipping point, when the cacophony of problematic words classes you into the realm of being a problem?

You aren’t human if you aren’t problematic

We all think and say problematic shit. Can’t go roun’ that. But then the question emerges as to who is attacked by the mob and cancelled. It is the age where polls are made on Twitter by people asking for public opinion on just how problematic they are or who is more problematic. The imprint of this subjective logo can make or break your social media career, or worse yet, your real life career.

For celebrities, being problematic is like milk in the refrigerator, shelf life and all. Eventually, the past catches up to you. Provocativeness inherently inflicts provocation, as much as the rewards are attention brought to your craft, assuming you’re popular for doing something crafty. These are the celebrities that have been cancelled for their words. They are the celebrities who’ve made bigoted, racist, trans-phobic, or generally offensive remarks in the public sphere as part of their brand to appease a culture that both enables and condemns problematic statements and people. A combustible environment requires the only the tiniest spark to ignite and burn.

For Kevin Hart, that spark was his selection as host of the Academy Awards of 2018. Soon after, there was a reemergence of homophobic tweets he’d made between 2009 and 2011 in the name of comedy. He’d not really escaped attention for his problematic words back then, and it would emerge whenever convenient to haunt him. Now, he would lose this tremendous opportunity if he did not apologize and mean it.

It can be a real problem to be a problem, felt in the pockets, and in the heart, where feelings reside. Elizabeth Woolridge Grant, better known by her stage name Lana Del Rey, is learning this, after what she describes as “the first time she’s told you [the fans] about her life”. “And this is why”, the sultry crooner told in an impassioned, if rambling and repetitive six minute Instagram post, that she doesn’t engage on such a personal level and expose herself to be a human being. She continues to explain how her words were twisted to become a take-down on the basis that she was a racist that had unnecessarily mentioned mostly women of colour in her bid to get a valid point across about inclusion in modern feminism. But nobody wants to hear that, Lana. Hol’ a cancel and we, the public, do not care about your feelings or intent. We won’t buy your album or listen to the songs we were never going to listen to in a gazillion years, up from a million.

Then there was the shambles that took place on my local twitter space when a problematic fave was taken down, aided by a hefty push from many who seemed to be waiting on the day they could expose the favouritism, literary bullying, and unequal treatment. I always saw his tweets, which had an extra energy to them, and felt there was much satire interspersed with arrogance, hyperbole, and care. Most laughed. Some laughed hypocritically because the script said laugh in chorus. Some just bide dem time from the shadows, problematic and unproblematic alike.

When his day finally arrived, after a spark of alcohol on Instagram live, it was something to behold. The memeing was immaculate. The chastising was done from the skies. I wondered how he was a fave. Whose favourite was he? I then wondered about the victim. According to her, she good, and I am truly hopeful of that. But how many actually cared if she was good or not? Some did, I’m sure. How many of those who stuck the knife in and wrung for all the years their voices were muted in lieu of the comedy special did? Jamaicans aim to excel in everything, and while American celebs have mostly recovered after their cancellations to run for more seasons, this one has continued to stick so far and there are no tweets to retrieve at this time. I may try again later and see the sticking power. I remember too, that our own media has engaged in cancellation and humiliation, and executed this quite well, in a story that hit even closer to home.

But what really is the goal? Some cancellations are needed when there is no remorse and no retributions are made to the victim. I just wished we cared about the offended more than the offender and steer the culture towards meaningful discourse and healing rather than a piggyback of others’ misery.

Yeah, so what really is the goal?

Being labelled a problem can be worn as a badge of honour for those who aim to offend, who aim to stretch the boundaries of acceptableness in the name of shock and awe or for those all valuable likes. That’s like the noticeably odd, Doja Cat, one of the female singers mentioned by Lana in her infamous Instagram rant, who was canceled less than 24 hours later for what I can only describe as deep seated dislike for her black half and a need for attention from problematic white men. On the other hand, It can be the straw laid gently on the back of a camel for those who would rather stay under the radar, expressing their own sometimes messed up view on touchy issues without threat of the mob.

I’ve indirectly, in my mention of the beloved popular figure, described one further concept — the fave. A deconstruct of favourite, this implies a favouritism levied onto someone because of some desirable qualities they possess, whether it be conventional attractiveness, humour, wealth, contacts or what we Jamaicans call links, infectious personality, or expertise in a field. I saw this characterization of fave popping up across the Jamaican Twitter-sphere, reserved for those with larger follower counts, and I could quickly surmise that these accounts could take certain liberties because of some goodwill they had built up over a sustained period. Most didn’t try to skirt the imaginary line that’s been imposed. They tweeted as usual, but with an eye for their follower base while remaining true to their burgeoning brand. Trust me, if you aren’t afforded favouritism, then you’re not a fave.

But now combine a term with positive connotations with one that’s generally negative. There we have the problematic fave. You’re problematic but more people can see that you are. Louis CK was and still is a fave, America’s darling, until the problem he served up with his risque brand of comedy was exposed as having a heavy dose of truth to it. Turns out Louis Szekely enjoyed masturbating to an audience of women he’d received permission to be a jerk to. The legend of comedy was canceled and got into, as he put it in his new comedy special, Sincerely, global amounts of trouble. My favourite comedian was still wickedly funny to me, but I couldn’t overlook his flirtations with the obscene as my vivid imagination dramatized the performative masturbatory events from a safe distance. I wrestled with my admiration for his comedy against his comedy brought to life.

Cancel, Shame, or Time Out

Why did we really cancel him? I can’t help but think that cancel culture has become wrapped in its obsession to mob and shame problematic faves into submission for some sadistic pleasure. Engagement is a drug, and the prize for being damn good at taking down faves is plenty of it. And that drug is addictive as a good bubble from a Jamaican woman. For however long it lasts, we feel on cloud nine.

The engagement from going viral has usurped the real cause. Cancel culture is focused on shaming the offender while often giving cursory mention to the offended.

Kevin Hart eventually apologized, but only after stepping down from his hosting duties, and then he apologized and apologized some more. I can imagine it must’ve felt good to take down the homophobic Hart, who just happened to have grown as a person in the decade, defying all odds to do so. But the mob had succeeded its mission. He’d backtracked in 2015, noting he wouldn’t perform those jokes again “because when I said it, the times weren’t as sensitive as they are now”. Like dawg, you could apologize likkle more. I’ma tell you right now, we don’t care.

I’m not, however, sure of the meaningful change that came from failing to accept his numerous apologies or what the arbitrary imposition of borders on comedy did for anyone. As far as I am aware, race, colour, class, gender, and sexual orientation based comedy still lights up a room. In fact, it’s most of comedy. But, damn it, they canceled him, if even for a bit and got so, so many likes. 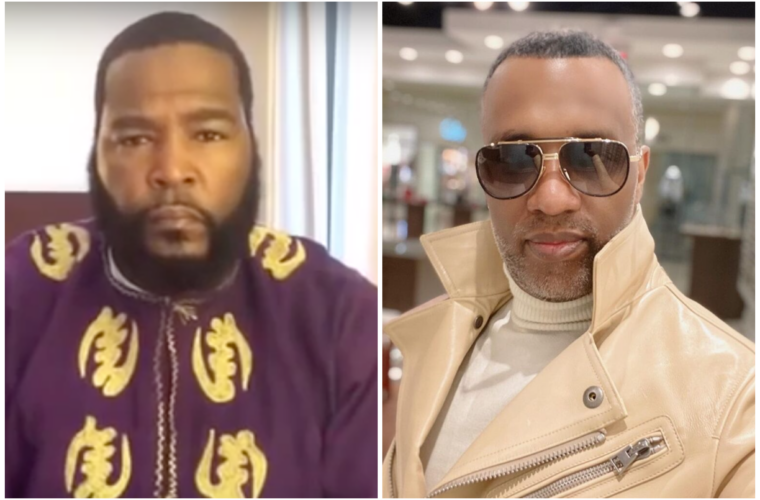 Dr Umar versus the Youtub...

There appears to be a war of videos brewing in the male lifestyle coach community, as well known woketep Dr Umar Johnson aimed at what he calls Youtubian beta coons. There is likely to be some sort of reply from 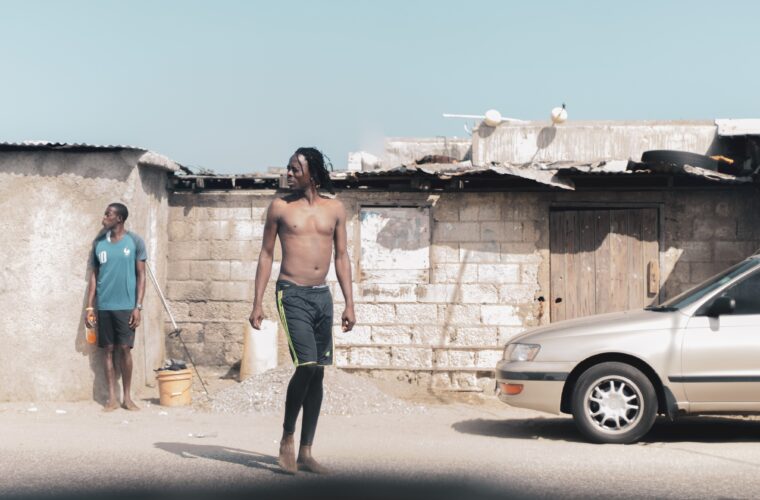 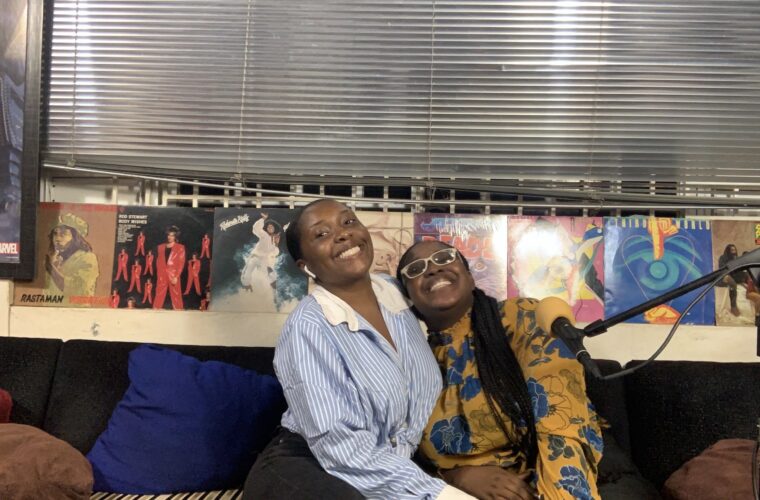 There has been a recent explosion of YouTube content in Jamaica, and I recently sat down with Netania Mundell to get her thoughts on this and more at a place we both consider to be our place, TGI Friday’s.